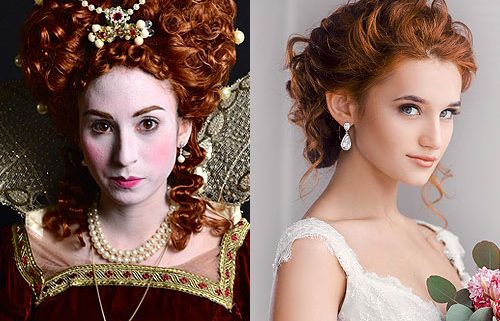 There was a time in the early days when a wig was a symbol of wealth and power, signifying intellectual, sexual and social status. Today wigs are used for fun and entertainment as well as a solution for thinning hair. As we look into the evolution of wigs we learn the various uses from one civilization to the next.

Women’s Wigs Through the Ages

Ancient Civilization: During the Egyptian and Roman ancient civilizations wigs played a major roll in the social scene. Roman women wore wigs as a fashion accessory as a symbol of social ranks, while the Egyptians used then as part of their daily attire. The style and size of the wigs worn often indicated religious piety and status in the community.

The Renaissance: During the dark ages wigs lost much of their social relevance and appeal. As we entered into the Renaissance period, the resurgence of wigs became part of an everyday thing for women. Beautiful hair was given such great importance, the use of elaborate wigs with jewel embellishments became quite popular.

17th Century: King Louis XIII of France started the use of wigs to hide his premature baldness. During his reign and that of his son, King Louis XIV, wigs became a fashion emblem in the French courts and all of Europe. Because of this, wigs became an integral part of a nobleman’s costume and making it a symbol of power and political status.

18th Century: The use of elaborate, white powdered coiffures with long ringlets was widespread during this time. The use of toupees was also considered fashionable. Queen Elizabeth I became famous for wearing a close-fitted and elaborate red wig. Most women in this time period wore coiffures that were supplemented with hair strands that were synthetic.

19th Century: It was during this Victorian era that wigs began to be abandoned as a symbol of social standing. While some women continued to wear wigs, most women took to looking natural with their hair. In the court of Queen Victoria, the ladies wore shorter fringes and headpieces with simple designs.

20th Century: With the advent of technology helped hair-dressers create natural-looking wigs that were made from both synthetic and real human hair. It was also during this time period that wig makers started to use small hairpieces or pre-made curls, ringlets and buns to enhance the volume of a woman’s hair. Wigs in this time period where primarily used by people who worked in the entertainment industry like those in television, movies, theaters and cabarets to assist them in taking on different personas.

21st Century: Today wigs are not only used for fun and entertainment but also used to cover up baldness. Most people today that wear wigs have thinning hair due to undergoing chemotherapy and radiation treatments that causes sever hair loss.

Women that suffer from alopecia, wigs are a fantastic addition to their everyday wardrobe.

Wigs today have come a long way in how they are made and the materials used to construct them. They look incredibly realistic like nothing before. Custom wigs today capture the exact curvature of your scalp and create the ideal solution that gives you control over your look.

The Advantages to Choosing 100% Human Hair Wigs
Scroll to top